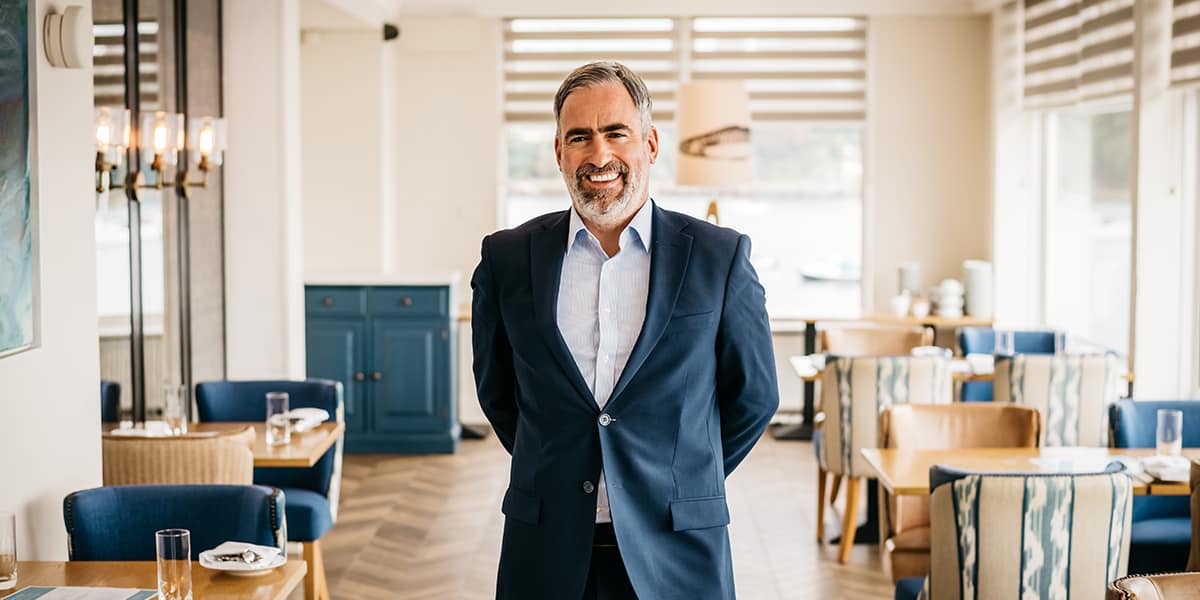 Born into the Young family who have owned and operated hotels in Cornwall since the early 1900s, Ben has been in and around Cornish hotels all his life. With management training in London with Thistle Hotels at The Kensington Palace and Park Hotel, plus hospitality qualifications from University College Birmingham, Ben took up his first General Manager position in 2001, running a Georgian coaching hotel in Kent.

With stints across the country at various properties, his true calling came in 2004 when, having helped with the initial set up, he was approached to operate The Lugger Hotel in Portloe.

Three years later Ben moved onto the Porthminster in St Ives and took it to four stars and a rebrand under Harbour Hotels. After that, Ben went onto The Metropole in Padstow, before being promoted to Regional Manager, and then Group General Manager looking after all five south western hotels within the Richardson Group for the next four years.

However, after spending too long in the car, Ben sought out a new project. 2014 found him returning to the south coast, and to the much admired Greenbank in Falmouth. After three and a half years spent refurbishing, developing and finessing the business, Ben took on the new role of Managing Director over The Greenbank and its sister hotel, The Alverton, where a focus on providing genuine hospitality alongside focused business strategy is seeing ongoing growth and improvements, as well as fun along the way!

What’s your favourite thing to do in the summer?

Spending time with my family and friends. And preferably on the water, or as near to it as possible. Followed by fresh fish from a wood fired BBQ – unbeatable!

Where is the best place to unwind?

My garden at home is surrounded by woodland and streams. Far from the crowds, secluded, quiet, just wildlife and nature – bliss.

What’s your favourite activity in the winter?

Windy wintry walks and certainly followed by comfort food, as well as a couple of jars in a traditional pub.

What is your favourite thing about Falmouth?

Firstly, we have the best of all worlds here in Falmouth. Stunning natural beauty, vibrant culture, heritage and history, as well as a proud community spirit. We love our town and our county. Most importantly, we love to share it with our visitors!

Posted in Meet the team