May Cocktail Recipe: The White Russian 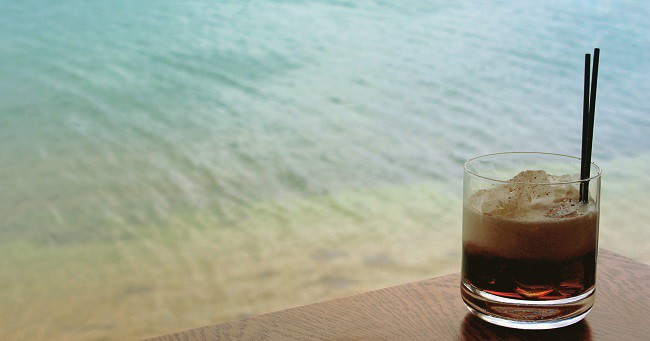 • One part Kahlua (coffee liqueur)
• One part vodka
• One and a half parts double cream – try Rodda’s for an authentic Cornish taste!
• Nutmeg

Pour the vodka and Kahlua into an old fashioned glass. Top with fresh ice cubes and slowly pour the double cream over. Finally, grate some nutmeg over for that extra rich touch.

F&B Manager Matt says: “The White Russian is very simple and very smooth. Too many places do this cocktail with milk and it’s just so much more special with cream.

Exceptionally easy to drink – and what a luscious sweet treat. Reminiscent of creamy milkshakes from your childhood, but packing a potent punch.”

The traditional cocktail known as a Black Russian, which first appeared in 1949, becomes a White Russian with the addition of cream. Neither drink is Russian in origin, but both are so named due to vodka being the primary ingredient.