Our Mini Beer Festival Was A Great Success 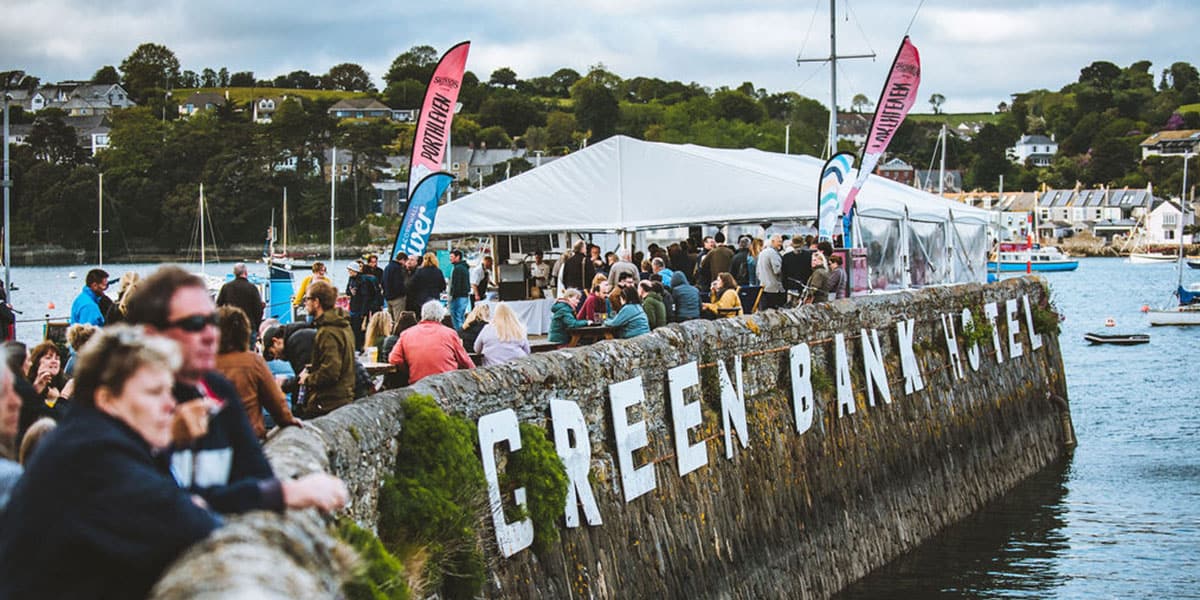 The Greenbank Hotel were proud sponsors of the Fal River Festival this year. We had the best time celebrating, with the Fal River Beer Fleet and our own Mini Beer Festival at The Working Boat pub. The weekend was a huge success and great fun. Beer, boats and brilliant food was enjoyed by all. Here’s what we got up to…

Setting off from the Prince of Wales pier at 5:15pm, we glided up the River Fal towards Trelissick pontoons to meet boats from Truro, Mylor and St. Mawes. With ten boats in total, the Beer Fleet began the voyage across the river in full force. Cornish pasties were enjoyed by those on-board and washed down with our lead sponsor, Skinner’s Brewery’s thirst-quenching beers whilst samba players performed on the vibrant Dazzle Ferry.

The Dazzle Ferry was originally used in World War I. Its inclusion in the fleet was to commemorate the 75th anniversary of the D-day Landings and the River Fal’s critical role as an assembly and embarkation site for Operation Overlord in 1944. And of course, no Cornish event would be complete without the presence of local celebrity, Betty Stogs, who bravely occupied the bow, leading the convoy. The boating expedition reached its final destination at our hotel’s private pontoons.

Safely back on land, The Working Boat’s Beer Festival kicked off with a performance from Splann – the popular Cornish Ceilidh band. The evening concluded with lots of dancing, laughter and a fantastic atmosphere across quay. But the festivities didn’t end there…

On Saturday we rocked out to the legendary sounds of GO GO SKANK, where things got lively on the quay. Sunday saw a more mellow turn as everyone relaxed in the sunshine with a pint, entertained by the talented blues singer Patrick Gilbert and his piano. We had a fantastic weekend celebrating and hope you did too!

Posted in Food and drink,Greenbank events

previous article
Meet AJ And Maria of Truro School Cookery
next article
Chefs on the Quay: a gourmet feast on 14th August